Finally, the time has come: After years of planning and months of construction, kothes GmbH officially moved into its new office space at its Headquarters in Kempen, Germany on June 7th.

The three-storey building provides space for around 80 team members, and 50 people moved into the building at the beginning of June. It's an open concept and offers a sufficient number of meeting rooms to hold meetings, training sessions and seminars. Creative and free thinking is supported and encouraged in both the large "Brainroom" and in a somewhat smaller creative space.

In addition to a thoughtfully designed and fully equipped kitchen with sufficient seating, a sunny terrace also allows for relaxing and sociable breaks.

Thanks to the established co-working space, employees not only have the opportunity to work in individual, two-person or three-person offices, but also in an approximately 100-square-meter multifunctional room, which can also be used for larger events. There's a solar panel system on the roof to generate electricity, and the rooms can be ventilated by energy-saving cooled air. The building is heated by geothermal energy and, last but not least, a large biotope for insects is being planned for the outdoor area.

In addition to sufficient parking spaces for bicycles and cars, three electric charging stations are already available in the parking lot, and three more are planned.

With a lot of passion and energy – also due to the requests and suggestions of employees – an office building has been created that will be the heart of kothes GmbH.

The entire staff is already very much looking forward to eventually moving into the new premises and to inhabiting their own new building. The initial move took place from Monday, May 30th to Friday, June 3rd 2022. During that week, all team members worked from their home offices and could therefore be reached by phone and online (as usual).

From June 7th on, our new address will be: 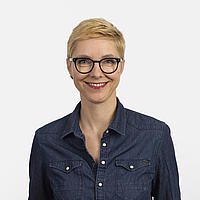