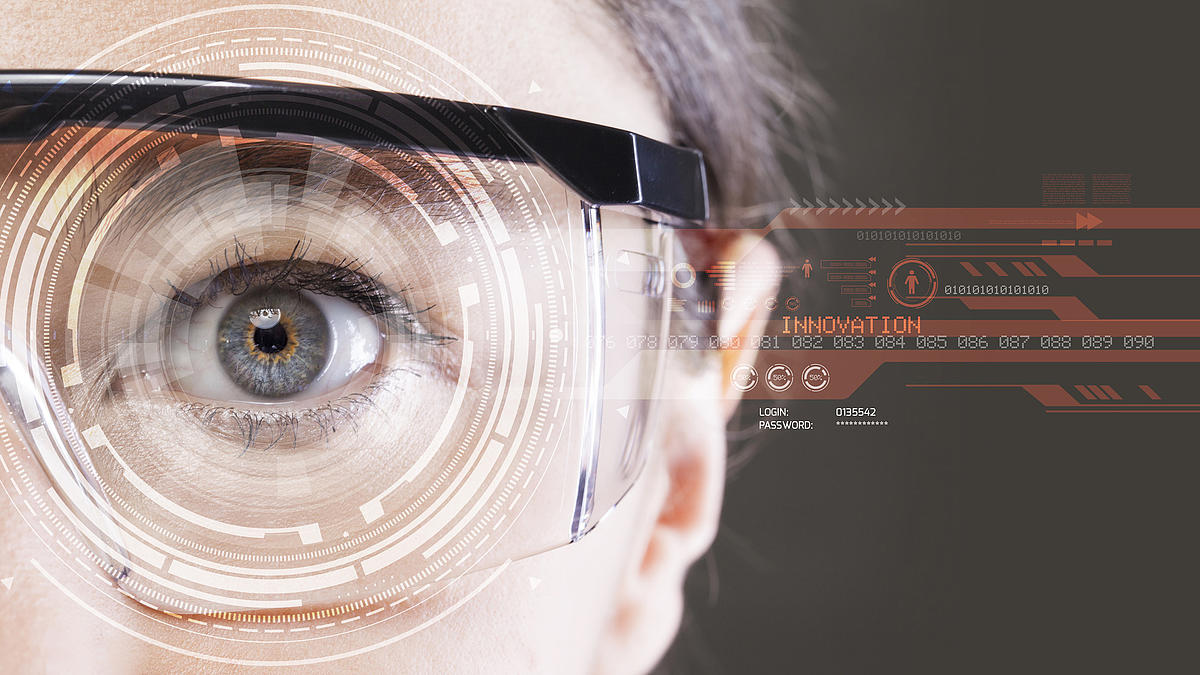 Smart glasses, also known as augmented reality glasses or virtual reality glasses, had become the next big thing by 2012. Why? Because Google presented its Google Glass, and it finally seemed as if AR and VR technology was moving from the lab to everyday life.

We have been following the trends in this area for a long time and, like many others, we are raring to go. Machine operators can use smart glasses to view production parameters while at the relevant machine section, and ideally even change the parameters directly. Service technicians who are shown by augmented reality, step by step, how to replace and adjust components. New employees can use virtual reality to explore new types of machine or system away from any training centre. And the best thing: your hands are always free, so there is no need to balance a tablet computer or smartphone.

What is possible now?

In spite of all the hype, a little restraint is advisable: yes, the technology is developing rapidly. However, practical solutions that can be scaled up to the industrial context are not possible as yet. Let’s take a look at what actually does exist.

The most famous is probably Microsoft’s HoloLens, which has been available for development purposes since 2016. In this case all the hardware is contained within the device itself. Users are autarkic, but also have to balance almost 600 grams of weight on their head that they really should not drop. Some practical applications are already possible here. Our partner, RE`FLEKT GmbH, has already implemented some maintenance scenarios for customers. The list price is 3,299 euros for the developer version and 5,489 euros for a version of the HoloLens suitable for commercial use.

A slightly cheaper version is the R-7 HL from ODG (Osterhout Design Group), which costs only 3,500 US dollars. Simple solutions could also be implemented with an Epson Moverio BT-300, which costs 849 euros. In this case, parts of the hardware and control are contained in a controller that is connected to the glasses via a cable.

What are the pitfalls?

The cheaper the device, the more limited its application will be. If you simply want to consult a colleague via video telephony to resolve problems with the machine, simple smart glasses are enough – but you could also use any smartphone.

If you really want augmented reality or virtual reality, things look rather different. The smart glasses need a good camera, usually even several (stereoscopic cameras) in order to correctly identify real objects in the space and be able to overlay them with information. Difficult lighting conditions in production halls and polished stainless steel surfaces, for example, can trip up many optical sensors.

Smart glasses share another challenge with robotics: SLAM (Simultaneous Localization and Mapping). Smart glasses can identify the location of the wearer within a space, and can also recognise when the wearer enters a room they have been in before.

Example: When a service technician wearing smart glasses without SLAM technologies stands in front of a machine, the glasses recognise the edges and surfaces of the machine. The glasses overlay the machine with additional information, such as a virtual status monitor that hovers above the parts. When the service technician moves, the glasses attempt to keep the status monitor on the correct position (this process is known as tracking). Should a colleague place their tool trolley in front of part of the machine, the glasses may be unable to compensate, and the status monitor is no longer positioned correctly. Technically this makes sense, but it does render smart glasses impractical.

If the glasses are fitted with SLAM technology and maybe even additional cameras, they would consider more than just the machine when positioning the status monitor. The glasses would include everything else necessary to create and remember a “digital map” of the factory hall. The colleague with the tool trolley would no longer be a problem. Even better: the service technician can position the status monitor wherever they like; when they exit and then return to the factory hall, the glasses “remember”, so they place the status monitor in the position chosen previously by the service technician.

Another current sticking point: complex image processing, SLAM algorithms, and data processing of the information to be displayed; all these things call for serious computing power. Its absence manifests among other things in high latency times. That means the display lags or freezes temporarily – guaranteeing a headache and frustrated employees.

At Mobile World Congress 2018 in Barcelona, a joint venture called “Tooz Technologies” attracted attention with its prototype of a new generation of smart glasses. These glasses are almost indistinguishable from normal glasses. The trick is that everything runs on the cloud. The processor performance, all data and even the operating system are independent from the smart glasses, which “only” record sensor data and project the required contents onto the lenses. By the way, Tooz Technologies is a fully German joint venture, consisting of Deutsche Telekom and Carl Zeiss, a group concerned with optical systems.

The performance of this promising joint development, of course, depends heavily on the available data transmission via mobile internet. Telekom is betting on 5G, the next mobile phone standard, which should make it possible to achieve speeds of up to 10-times faster than LTE This standard is expected for 2020, but experts think that is probably optimistic.

Chipmaker Intel wants to go further, presenting a smart glasses prototype called Vaunt. Instead of being projected onto the lenses of the glasses, the information is projected directly onto the wearer’s retina. But it will be a while before these prototypes are market-ready.

The devil is in the user stories

In the end, as with all technologies, the important thing is to create specific user stories and draw a clear picture of what the technology should achieve. As a result, it is mostly about shaping the existing data and processes in such a way that they can be used for new technologies. After all, it is not very useful to scroll through a 500-page PDF on a HoloLens.

The necessary technologies are on their way, and will see practical application in the foreseeable future. Existing smart glasses are not suitable for most industrial use cases. The next step is to create user stories, to develop and prepare informational concepts and processes, in order to be prepared when smart glasses emerge from the nursery.
Would you like to get ready? We are happy to help. 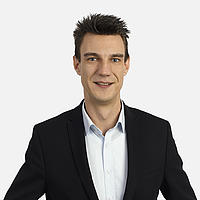