On 19 March 2019, in the Official Journal L 75/108, Implementing Decision (EU) 2019/436, the EU Commission announced amendments to the list of harmonised standards for machinery, with respect to Machinery Directive 2006/42/EC:

This decision signals the amendment of the list of harmonised standards published in the Official Journal C 92/1 of 09 March 2018. This means that the list has not been replaced but merely changed.

The EU Decision is comprised of three Annexes:

Recital 14 of the EU Decision also mentions EN ISO 12100, which is therefore no longer harmonised under the Machinery Directive. It should therefore also appear in Annex III of the resolution but it does not. According to the EU Machinery Committee, however, this is merely an editorial error. We are currently assuming that this will not affect the effectiveness or validity of the decision.

In accordance with this decision, EN ISO 12100 no longer meets the requirements of the Machinery Directive 2006/42/EC and was therefore removed from the list of harmonised standards. This means that it can no longer be explicitly cited as a harmonised standard in a Declaration of Conformity. It does not mean that it has become invalid, but only that it does not carry a presumption of conformity.

Another major change results from Recital 7 of the Decision. In the case of several newly published standards listed here, it was decided that in future they would no longer be subject to the Low Voltage Directive 2014/35/EU, but only to the Machinery Directive 2006/42/EC. This applies to some common electrical appliances for household use and similar purposes. 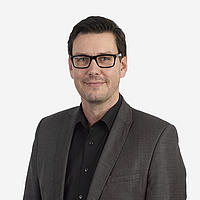