On 1 December 2003, I took my first steps toward self-employment. That was 15 years ago, and when I look back, I can only say "madness"!

Actually, the company's founding was born out of a crisis. My father, whose company I wanted to join, had suddenly passed away, and due to previous differences of opinion with his business partner, it was no longer possible for me to continue working at the company. We finally sold the shares of our father's company (as a family) to his business partner. My shares were then used as the initial operating capital for kothes.

At that time, I actually had no idea what I wanted to do. The only thing that was clear to me was that I wanted to get away from the old company, with as much freedom and independence as possible. So I came up with the idea of registering a business as a Freelance Technical Editor. That's how it really happened.

However, I quickly realised how difficult it was to win new customers when you go out and attempt to conquer the world with only four years of professional experience, a lot of motivation, but no references. But after two months I actually had my first job. It was as kind of "Sharpener" for welding electrodes in the automotive industry. I quickly realised that I had no time to look for new customers while I was working on the job; and then there was another lull. And so it went on for a while, until I decided to hire an employee. On 1 May 2004, Carsten Sieber, now Head of Quality Management at kothes, started as a volunteer in my Technical Editorial department. He had his interview at home in the kitchen. This one's a story we love to tell over and over again.

Now there were two of us, and I could finally focus more on the expansion of the company. I built up a network of freelance salespeople, in order to receive more orders, so I was able to hire more people quickly. It's hard to believe, but our sales argument was initially price-based. The idea was that as a small, flexible company without overhead, we could offer much cheaper prices than our more established competitors.

However, it quickly became apparent that the quality standards we had developed from the experience gathered from the first few projects didn't fit with this approach. This is why we set up the initial quality assurance processes at a very early stage and transitioned from being a "no frills" to a quality provider. We continued to grow with our customers over the course of many very exciting projects, and we were able to establish ourselves as a service provider for CE Marking, Technical Documentation and Translation. Of course, there were many, many ups and downs along the way, but I can't report on them here since they would probably fill an entire book.

At the end of 2016 (already with about 100 employees), we decided to take the next big step for the company at our annual strategy meeting, since we recognised that digitisation would have an enormous impact on our business. We then developed the idea of "Smart Informational Solutions" with the aim to shape the company more towards digital information solutions, of course without neglecting our core business of Technical Editing. As a result, in 2017 we not only changed our logo and brand image, but we also developed many internal activities in order to come ever closer to achieving our goal of providing users with optimal information.

Since then, we have 140 employees; all of whom are dedicated to the idea of the best possible user information and who care for our customers every day with a high level of personal commitment. This is not a matter of course: I would therefore like to take this opportunity to thank all of our employees and, of course, our customers – because without them it would not have been possible for my personal crisis to morph us into such a great company. 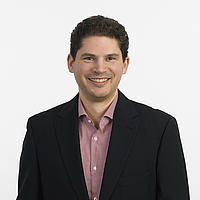